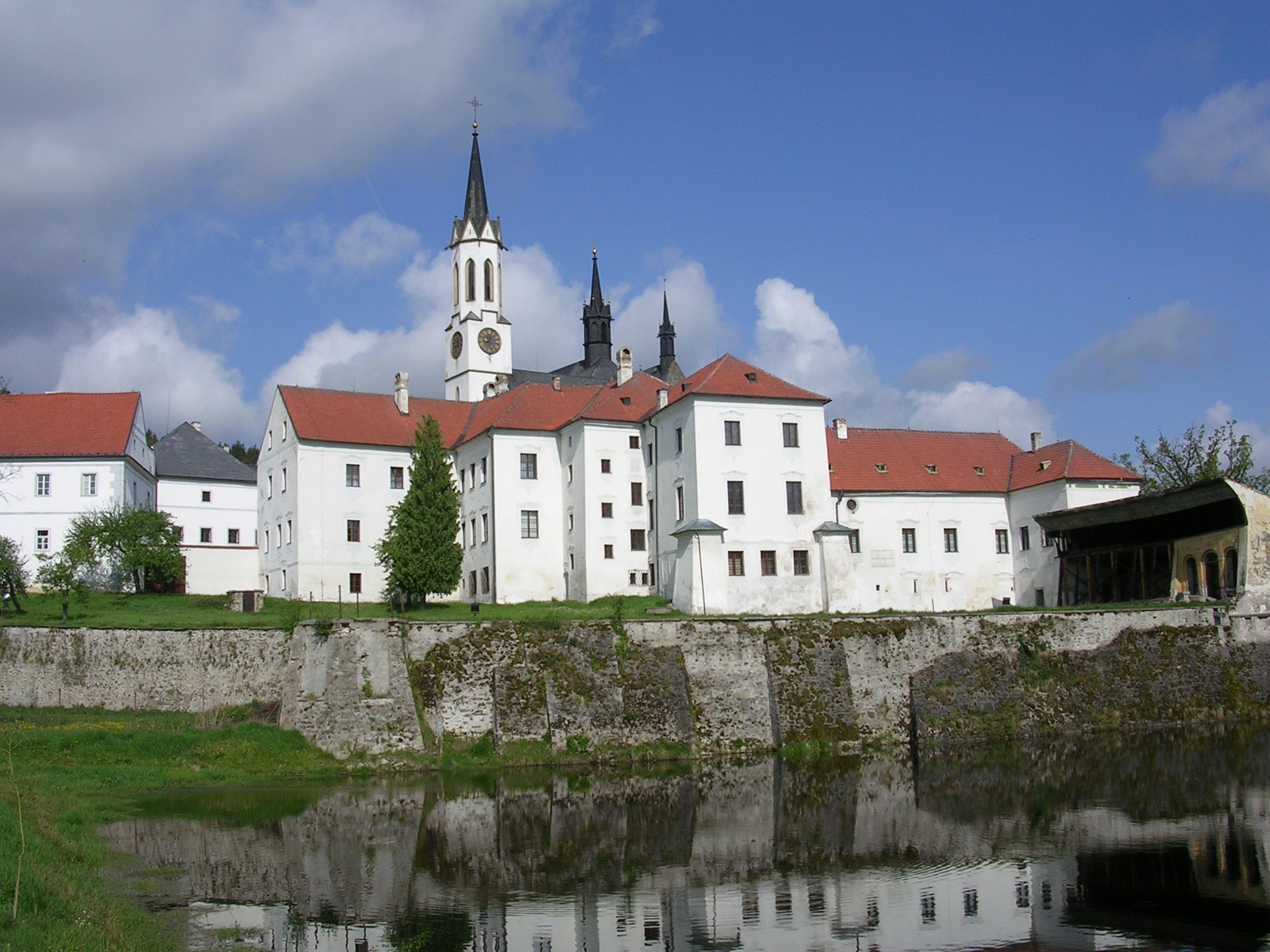 12 km from Lipno nad Vltavou lies Vyšší Brod. Previously, it was one of the places where the ravines wandered further along the Vltava River to Prague. But today, you can have your accomodation in Frymburk and examine this place more precisely.

Getting on a trip to Vyšší Brod is definitely worth it! There are about 2600 inhabitants in this town. The town is situated in the south-eastern part of the Bohemian Forest and is a short walk to Upper Austria.

Between Vyšší Brod and Lipenská dam there is Čertova stěna, a huge stone sea. Above the river there is a famous Vyšší Brod monastery. Visit the Cistercian abbey of the Assumption of Virgin Mary. The bell towers are hidden in the slender white tower. Towers dominate the landscape. Beyond the picture of the Vyšší Brod Madonna, pilgrim crowds wandered here in the Middle Ages. A miracle library has also preserved a library that numbered more than 70,000 volumes of books. You can also visit the Post Museum in this building.

Temple treasure also includes a cross called Závišův Cross, which is built on the level of Czech crown jewels. This relic originates from the 13th century, it is made of gold and also a large number of gems and pearls. It contains the remains of the Holy Cross wood.

For excursions there are many cycling routes, hiking trails and nature trails. For example, you can take a walk through the Abbey, where you can take the path through the ancient forests to the St. Wolfgang. You can also meet the Kingfishers.

Vyšší Brod is also a popular place for water boats. The flow of the Vltava river is relatively stable here, there is a boat, a canoe and a raft. Along the Austrian border, you can reach the Radvanov / Rading hiking trail. You can stand here at the southernmost point of the Czech Republic.